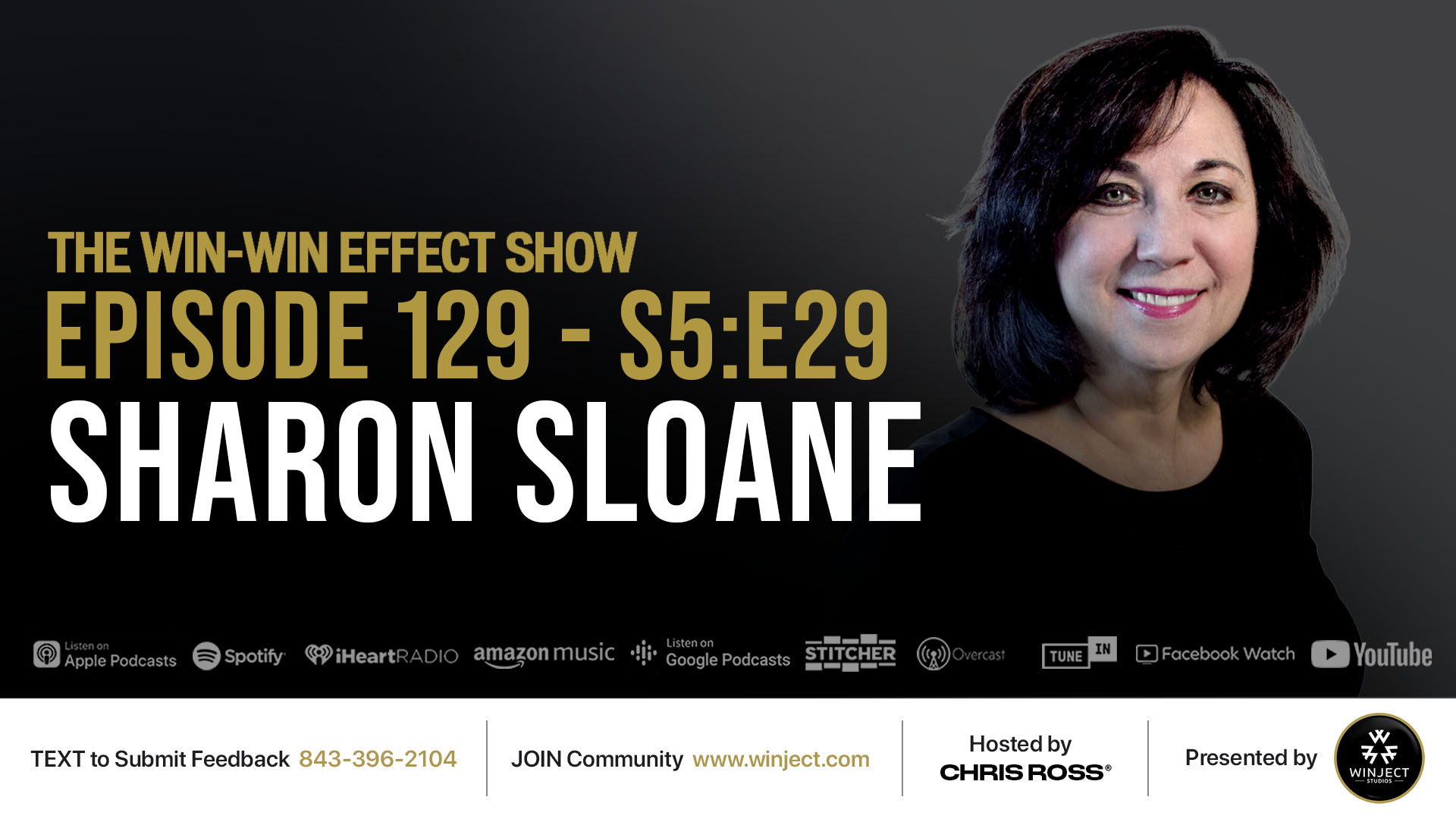 In Episode 129 of The Win-Win Effect™ Show, CHRIS ROSS® has an earth-shattering conversation with an extremely powerful woman that has been busy setting and raising the bar for the last 30 years, SHARON SLOANE.

If you would like to let us know what you thought of this conversation, please feel free, we welcome any feedback and love to share with all the special guests that we have on the show ➥ TEXT +1 843-396-2104 (US/Canada)

Sharon Sloane is the President and CEO of WILL Interactive, Inc., With over 30 years of experience designing leading-edge instructional systems for behavior modification and performance improvement. She holds a U.S. Patent for creating computer-based interactive movie software to help improve human performance. Her work has been featured on NBC, CNN, NPR, and in Forbes magazine, Time magazine, the Washington Post, Washington Times, and approximately 50 other newspapers. Her work has received over 80 awards, including the Woman of Vision award was given by Women in Film and Video, New York Festivals “World Medals,” Platinum dotcom award, and Software Information Industry Association’s “Codie.”

As one of the leading innovators in the learning and communication industry, Sharon has worked with many of America’s most prestigious organizations and touched 30 million users. WILL partners include AIG, Yale-New Haven Health System, U.S. Department of Health and Human Services, all branches of the U.S. Military; the National Football League, FBI, law enforcement agencies in the U.S., UK, Canada, Australia, Japan, and Israel, as well as hospitals, financial institutions, and schools across the country.

Sharon has been a keynote speaker at multiple conferences, including Revolutionary Learning, the American Medical Association’s annual meeting, National Reconnaissance Office’s Annual Conference on Visual Media, H.R. Healthcare’s 2021 Conference, and Serious Games Summit. In addition, her expertise is referenced in several books, including Scenario-based eLearning: Evidence-based Guidelines for Workforce Training, Digital Game-Based Learning, Learning by Doing, and Simulation and the Future of Learning.

Sharon holds an M.A. in Counseling from the University of Connecticut and a B.S. in Education from Boston University.

In Episode 111 of The Win-Win Effect™ Show, Chris Ross sits down with critically acclaimed spoken word-poet and author, Kim B Miller. FOR EXCLUSIVE ACCESS…

In Episode 127 of The Win-Win Effect™ Show, CHRIS ROSS® sits down with a wealth multiplier and great friend, BILL BLOOM, to speak about, of course, money,…