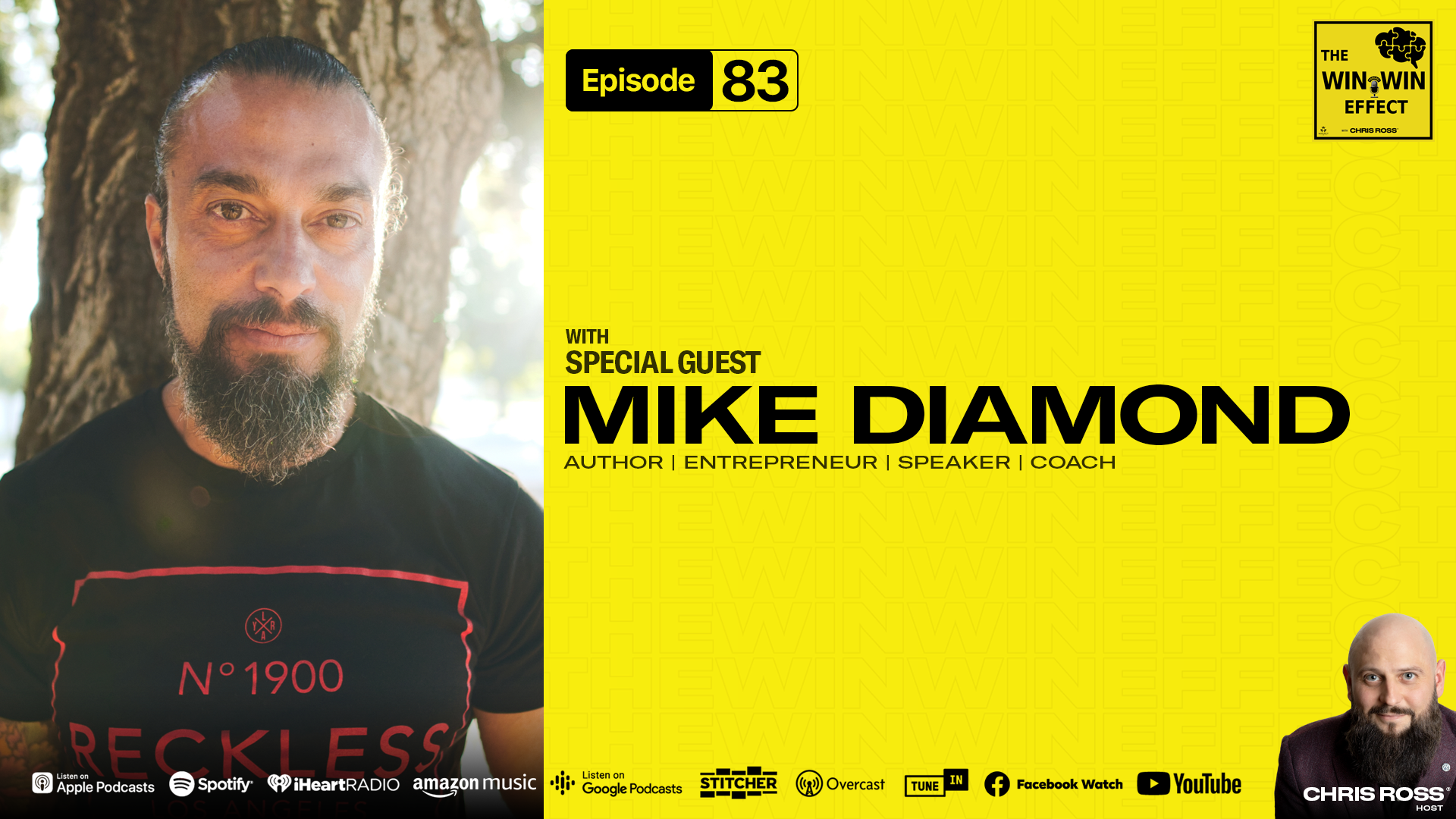 The defining moment came at the height of his career while shooting a TV show for VH1. Mike looked like he was living the dream to the outside world, but on the inside, Mike was spiritually bankrupt and miserable. He realized that if he didn’t turn his life around, he was going to die. April 16, 2006, was the day Mike Diamond got sober. Since then, Mike has helped hundreds of people on the road to recovery. He is on the beck and call to all his clients and friends, helping them through their life problems and battles with addiction.

If you would like to let us know what you thought of this conversation, please feel free, we welcome any feedback and love to share with all the special guests that we have on the show.

In Episode 100 of The Win-Win Effect™ Show, Chris Ross sits down with the Host of the Alpha Hippie Podcast, Angelo Sisco. JOIN COMMUNITY ➥…